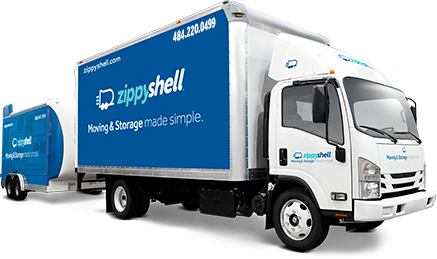 Every relocation starts more or less the same. The first step after you have finally decided that you want to relocate is to find your proper movers that will relocate your belongings from one place to another. Movers like Zippy Shell of Greater Philadelphia, for instance. But not every time the movers you find online are confidential, right? Sometimes, you can run into scammers and fake reviews, for instance. It’s important to know how to spot fake moving reviews online, so you don’t make a mistake and lose your money like that. It’s not complicated to spot them, so you don’t need to worry that much. There are some obvious ways how you can recognize if the review is correct or not.

There is no such thing as a perfect moving company. And that is completely normal and understandable. Maybe Malvern PA movers that you hired won’t do the same job for you as they did for your friend, for instance. So, it’s not even good to focus only on the reviews. But, anyway, if you notice that the reviews are overly positive, it should be suspicious. It’s just impossible that there is not even one negative review and saying that there was something they didn’t like.

At the same time, something else can happen. Quite opposite of too many positive reviews are the negative ones. There may be even one thing about a company that is not good or positive. Sometimes, it can happen that one moving company is trying to compete with another moving company. And in addition, to sabotage their work, they can ruin their reputation with way too many negative comments and reviews. Also, if you notice offensive language in those comments, you can suspect that it’s fake. When looking for local movers in the Greater Philadelphia area, do it slowly and without rushing about your decision. It’s important to spot fake reviews online before it’s too late.

If there are too many details and private names, it might be a scam

Whether you are searching for your movers or residential storage options, be prepared to read quite a lot of reviews. You will end up reading different comments from different people. Some of them might be funny, some very mean, some weird. And that is nothing unusual. It’s even okay if you can’t understand if a certain review is fake or not. But, if you notice that someone is using the specific names of someone working in a company, you will know it’s a fake review. No one should do that, and it’s pointless. Also, writing down too many details that are not actually important is suspicious. So be careful while you read those reviews.

Remember that movers are not saving you, but helping you out

Sometimes, you will read a comment where people will write how that moving company saved their lives. And other comments similar to that one. Which is definitely not true. They will write about the movers like they are saints or something more. You will do well to protect yourself from moving scams like these by carefully reading and comparing the reviews. If there are no bad reviews, that might mean that something is “fishy”.

Tips for seniors moving to Exton

The list of packing supplies to obtain before the move